Working in passionate community with God, we reach out to ALL people: To proclaim God’s love: To promote justice and peace: To feed body, mind, and spirit: And to share our spiritual journeys through prayer, worship, and learning.

This mission statement, more than anything else, expresses what St. Barnabas has sought to accomplish throughout its lengthy history. As a vow, it is renewed as we collectively give voice to it at each service every Sunday. And it will provide us a theme as we look at our parish’s past, present and future.

Overlooking Cozine Creek, and encircled by Douglas firs, St. Barnabas Episcopal Church is a welcoming home to all of God’s children, honoring individual faith journeys. Grounded in Holy Scripture, dynamic tradition, reason and personal experience, we strive for relevance in a hurting world by opening our doors and extending our hands. Come, join us in fellowship for Christ-centered worship or enlightenment, eat or serve in our Soup Kitchen, meditate and walk our labyrinth. The Episcopal Church Welcomes You! 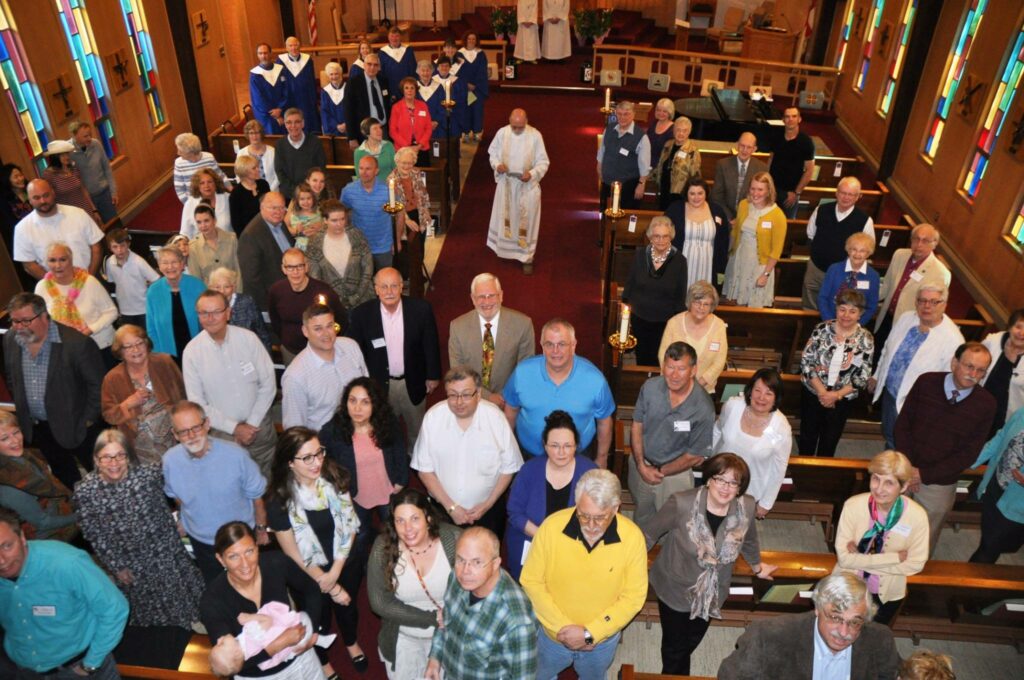 In 1873, 24 Episcopalians requested the Diocese of Oregon form a mission in McMinnville, Oregon. The Rt. Rev. Benjamin Morris, the first Bishop of Oregon, agreed and St. James Episcopal Church was organized. The Rev. J. R. W. Sellwood traveled from Portland once a month to conduct a communion service. In 1875, the small congregation built a church on donated land at the corner of Fifth and Davis Streets. The Rev. R. W. Summers was appointed the first priest-in-charge of this growing mission.

In 1882, the first Women’s Auxiliary Guild was organized. This group of ladies became an integral part of St. James, often providing essential funds for the church through many fund-raising projects. To this day, the women of St. James — now St. Barnabas — play an important role in the life of the church.
St. James had a succession of priests in its early years, most traveling from outside of town to conduct services. Then in 1913, the Rev. Albert W. Griffin became the parish’s first resident priest, necessitating the building of a vicarage. That same year, the congregation changed its name in order to avoid confusion with the local Roman Catholic church. The congregation chose the name of St. Paul’s missionary companion, St. Barnabas.
After World War II, St. Barnabas underwent a period of rapid growth and change. In March 1945, St. Barnabas went from mission status to a full parish.  By the early 1960s, the congregation was outgrowing the small pioneer church that had served them since 1875. So, in 1964, under the leadership of Fr. E.G. Rankin, plans were laid for a new building. The old church was sold, and a new building was erected on Second Street. On January 10, 1965, the new St. Barnabas was dedicated with the Rt. Rev. J.W.F. Carman, Bishop of Oregon, officiating. At that ceremony Fr. Rankin put the new building in perspective for those attending and those who would follow them: “The Church is not a building but the people and the spirit of God in their midst.”
In March 1990, our soup kitchen, the parish’s most important outreach ministry, was inaugurated. Today, the Soup Kitchen at St. Barnabas plays a major role in the community of McMinnville. Meals are faithfully served four nights a week. This is all made possible by the dedication of the people of St. Barnabas and hundreds of volunteers from McMinnville and surrounding communities.
With God’s help and the prayerful support of our parishioners, we hope to continue the long legacy of St. Barnabas Episcopal Church. 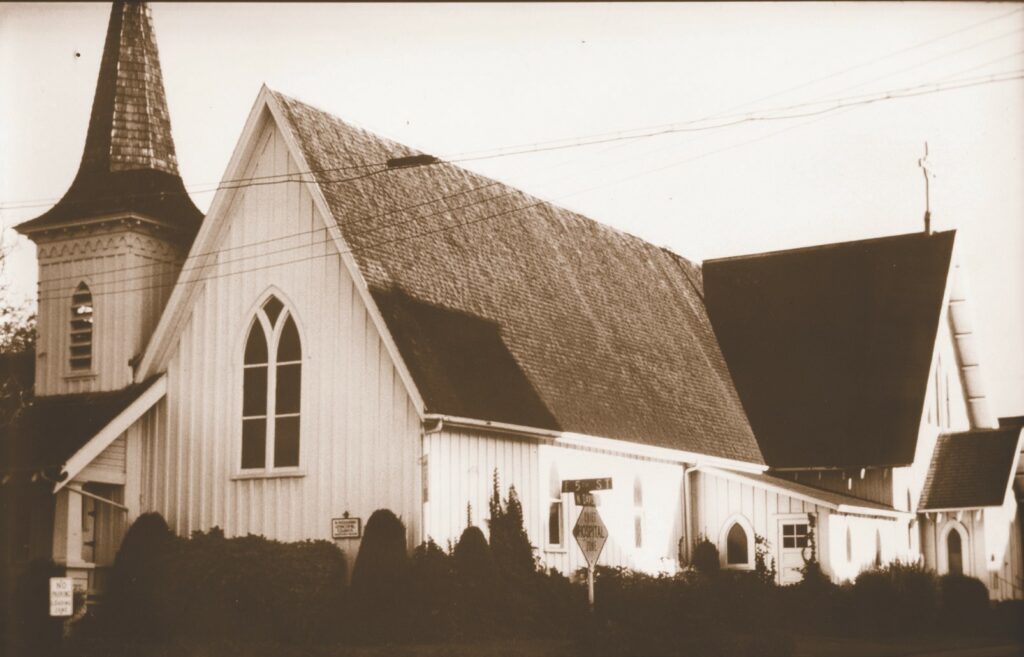